Non-Solicitation Agreement
and No Compete Clause

An employee non-solicitation agreement often extends to also include
a no compete clause.

It is important for companies to consider having similar agreements in place with consultants, independent contractors etc., should they have access to a company's clients and/or confidential trade information. 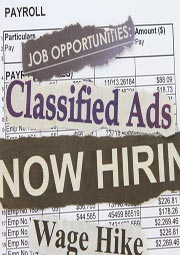 The non-solicitation restriction can be two-fold:

A no-compete clause (Restraint of Trade) is aimed at protecting a company against unfair advantage from a competitor because a former employee knows confidential information which can be used with a new employer or when starting a similar business.

Note: Before using our free non-solicitation agreement further down on this page, be sure to review our additional guidelines and legal information regarding Restrictive Agreements:

The parties to this agreement are:

In consideration of the mutual benefits to the Company obtaining the services of the Employee and employment at a salary acknowledged as sufficient by the Employee, the parties agree as follows:

1. The Employee shall hold the position of _______________ and shall have access to the Company's business interests and information as well as contact with the Company's existing customers, trading partners and employees.

2. The Employee agrees that the clauses contained in this agreement are reasonable and necessary to protect the Company's business interests and goodwill.

3. Non-Solicitation of Colleagues or Fellow Employees

a) During the term of employment and for a period of _____ months after termination of employment for whatever reason, the Employee agrees not to solicit, entice or cause - whether directly or indirectly on own behalf or behalf of another party or in conjunction with another party - current or past employees of the Company to leave the Company's employ in order to work for or with another entity that competes with the Company.

b) This clause shall not apply to past employees whose employment with the Company was terminated more than 12 months prior.

4. Non-Solicitation of Customers and Vendors

The Employee agrees not to solicit or attempt to solicit or accept business - whether directly or indirectly on his/her own behalf or behalf of another party or in conjunction with another party - from the Company's customers, prospective customers or vendors with whom the Employee transacted with on behalf of the Company during the last _____months of his/her employment with the Company, for a period of ____ months after termination of employment.

5. Covenant Not to Compete

b) During the term of employment this Covenant Not to Compete shall NOT be limited to any geographical area.

a. The parties agree that any amendment to this Agreement or waiver of rights or consent given on each and every occasion relating to the terms of this Agreement shall only be valid if it is in writing and signed by both parties.

b. This Agreement shall be construed, interpreted and governed in accordance with the laws of the State of ___________ and the invalidity of one clause shall not affect or invalidate the remainder.

c. If any restriction or part of a restriction is judged by an appropriate court of law as too broad in scope, it is specifically agreed and consented to by both parties to remain in place but to be modified to the extent it may be valid and enforceable.

By signing below the Employee acknowledges that he/she had the opportunity to seek independent advice and propose amendments prior to signing, understands the provisions of this Agreement and is signing it willingly and not under undue influence or duress.

Note: In clause 6c of our Non-solicitation Agreement above we make provision for the scope of the restriction to be amended (made less broad).

However, this leaves it up to the court to determine the restriction and may be ruled as too vague. Some jurisdictions allow for "alternative provisions" (also called "cascading" restraint clauses such as the following: 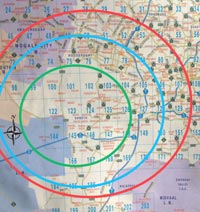 a) for a period of 18 months within a radius of 10 km of the Company's retail outlet; or

b) for a period of 12 months within a radius of 5 km of the Company's retail outlet; or

c) for a period of 9 months within a radius of 2.5 km of the Company's retail outlet.

This allows the Court to strike out a provision it rules to be too broad in the non-solicitation agreement, but permit enforcement of a lesser restriction.

When it comes to Non-solicitation agreements where the company has a substantial and valuable client base, it is important to consult with a labor attorney in your jurisdiction for advice on your best course of action.

Does this site deserve your thumbs up?