Adult Guardianship or Conservatorship
or Power of Attorney?

Adult guardianship and conservatorship are terms that are used when a person is (in some way) incapacitated and can no longer handle his affairs and lacks capacity to sign a power of attorney document.

In some instances the term curatorship may also be used when it comes to handling the finances of another person.

We'll show you how the terms are used in various jurisdictions. We will also show you how and when a durable power of attorney can be used, if executed before a person becomes incapacitated. 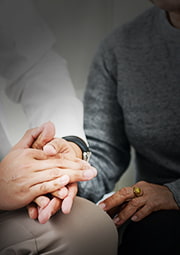 Please Note: On our pages for children we discuss Legal Guardianship and the difference between guardianship, foster care, adoption and custody. Included is a template for an Affidavit of Guardianship.

We also provide a Power of Attorney for Children template and show you how and where you can use it as an alternative to guardianship.

How to Get an Adult Guardianship Order

Only by going through a legal process can a person be appointed as a guardian or conservator, who can make decisions on behalf of someone who lacks capacity to do so, known as a ward. A person must be declared incompetent and you will need a letter from a doctor supporting an evaluation of incompetency.

Quite often this will typically be the case where a child, who has reached the age of majority (an "adult"), asks the court to be appointed as a guardian or conservator, because of the alleged mental disability or incapacity of a parent.

Obtaining adult guardianship is not an arduous process to go through if siblings are in agreement as to whom should be appointed and the required forms are often readily obtainable from the court.

During the court procedure the parent may appoint an attorney to appear on his behalf in order to communicate his best interests to the court.


Sidebar: If the parent does not have an attorney then the court will appoint a guardian ad litem to appear on behalf of the alleged incapacitated parent.

This guardian ad litem is appointed for a limited period of time (i.e. only for as long as it takes the court to make its ruling) and solely to assist the court in its fact finding mission, in order to determine the best interests of alleged incapacitated parent.


A guardian of an incapacitated adult must submit records to the court of his handling of the business and financial affairs of his ward, as and when required.

Incidentally, a guardian does not have carte blanche to enter into any and all financial transactions on behalf of his ward. He will need court permission in many instances, for example:

There may be further restrictions on which matters a guardian is authorized to handle on behalf of his ward.

If a person still has capacity to make decisions responsibly in some areas of his life, then the court will limit the guardian to only act in the other areas where the ward is deemed incapable of making rational decisions that are in his/her best interests.

A number of examples include where:

As seen above, a Curator bonis refers to a guardian in charge of the goods, property and person of an incapacitated person.

Other instances will see the appointment of a curator, for example:

As illustrated here, a Curator ad litem refers to a curator who represents a ward during legal proceedings.

NOTE: There may be periods when an adult cannot take care of his own interests and require the assistance of a guardian.

This need not be a permanent arrangement and could be terminated once the adult regains the ability to take care of his own affairs.

An example would be when a person suffering from Alzheimer's experiences a moment of lucidity (a "lucidem intervallum"). Any decision made during this so-called "lucid moment" may be enforceable in the eyes of the court, if a third party is able to prove that the person was lucid at the moment the decision was made. 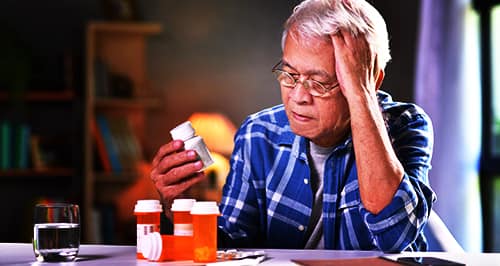 What is Enduring Guardianship?

This is of particular interest to our site visitors from Australia.

In Australia an Enduring Guardian is a legal term for someone appointed to make decisions on behalf of another person as far as living and health matters are concerned. In this appointment there may be restrictions such as not being able to consent to medical treatment if it's against the will of the person.

More than one person can be appointed as an Enduring Guardian so as to take care of different functions.

For example: A sister is appointed to take care of accommodation and daily living arrangements and services whilst a son, who is a medical practitioner, is appointed to make decisions for health and dental care.

Our site visitors from Australia can get more information and applicable forms from the Public Guardian Website.

IMPORTANT NOTE: An Enduring Guardian does not have the power to make any financial decisions on behalf of someone else!

That function falls to the person appointed in an Enduring Power of Attorney Form, which is a separate legal document. Follow the link for more information as well as a free printable document.

Incidentally, in Queensland an Enduring Power of Attorney (one single document) can be drafted to take care of both financial and legal matters as well as the living and health matters of a person.

Difference Between Adult Guardianship and Power of Attorney

A Power of Attorney can only be signed whilst a person has mental capacity to understand the legal document.

A person may sporadically be deemed to be competent and if a medical doctor can determine that the person is well enough and mentally competent at the time of signing, the Power of Attorney will be valid. Ask the doctor to issue a written certificate of competency.

It is especially important to issue a Durable Power of Attorney to cater for the event a person becomes totally incompetent to sign the document. Follow the link to the articles where we cover this topic in depth.

You could also have a separate Medical Power of Attorney to empower a loved one to make medical decisions only. This person will not be empowered to make decisions regarding property or finances, to name a few.

A Power of Attorney is handled privately (out-of-court) and there is no requirement for regular reports to be submitted to the court.

There is an added advantage in that a Power of Attorney becomes effective as soon as the document is duly executed (i.e. followed the required legal procedure) or alternatively, on some future date specified therein. Conversely, an application for guardianship can take some months to effect an appointment.

For our site visitors named above we provide extensive legal guidelines and a free template for drafting an Enduring/Durable Power of Attorney.

In the UK it's called a Lasting Power of Attorney and we provide specific legal guidelines in this jurisdiction.


What is the Difference between Guardianship and Conservatorship?

And What is Curatorship?

There may be a further distinction:

Many people understand the term curator to denote the person in charge of a museum, zoo, art collection etc. However, it can also denote a person or persons authorized in law to take care of the person and property of someone who lacks capacity to do so himself.

So adult guardianship, conservatorship and curatorship encompass the same functions in this context.

It's only a matter of where the person resides, that determines which terminology will be used. Note that in some states in the USA the term conservator is used for the person who only handles the finances of his ward. 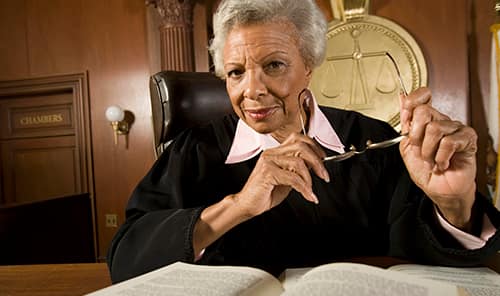 Take a look at the following scenario:

Furthermore, the brother needs to keep meticulous accounting and submit proof to the court of John's income and expenses. John Junior is equally accountable for his actions to ensure John Senior is not neglected and being properly taken care of.

It is always easier to only have one curator or guardian appointed, because only one person will be accountable and the financial implications will be less onerous. However, if the court deems it in the best interests of John Senior, then co-guardians will be appointed.

Adult guardianship or conservatorship or the applicable Power of attorney are all aimed at taking care of our elderly loved ones in the best way possible and in a way that will best suit their personal and legal requirements.