Along with our free legal wills we provide guidelines for writing a will,
such as choosing an executor or guardian, the requirements for witnesses and how to ensure you end up with a valid document.

We know that you may also need answers to some practical questions such as where to store a will, how to make provision for a pet, whether you can disinherit a child or spouse etc. 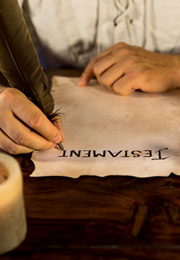 And then there is even more housekeeping for you to do!

An important aspect for sorting out your affairs also entails leaving instructions for your online accounts such as Facebook, Instagram etc. We will show you how to deal with that too.

Note: Links to templates for family wills can be found on our main Last Will and Testament page. They are tailored to assist people with various family dynamics.

And one more thing. This is an important one...

You may be making provision for a minor child in your will. The only problem is that children cannot legally take ownership of property.

Or you may want to leave an inheritance to a family member but you are concerned that the inheritance may be squandered. And there are many more instances where you would want asset protection.

Creating a Trust under a Will (note, this is not a Living Trust!) is a very effective structure to achieve the above. We cover this in depth on our pages dealing with Family Wills, Testamentary Trusts and how to draft a Testamentary Trust Will.

Below we address the questions around international wills and whether a holographic will is legal and further down provide links to more questions and answers.


What is a Holographic Will?

A holographic will (handwritten will) is typically done in an emergency situation where a testator realises his death is imminent and he wants to make his wishes known. Or a person may find himself in a foreign territory and thus execute a "foreign will" or a person may be a member of the Armed Forces or a sailor at sea.

Is a Holographic Will Legal? 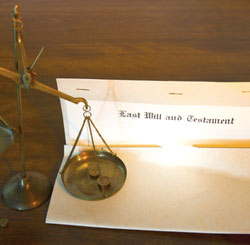 Yes, in many jurisdictions it is legal.

However, the legal requirements for the testator and or witnesses may differ, the length of time for which it will remain valid may differ as well as the location where the will was made can be a determining factor.

And in some jurisdictions it is not recognized as a valid document at all!

With so many variations where does that leave a person who has no other means of making a will timeously or having a typewritten document?

The object will be (at a minimum) to:

Then as soon as possible thereafter (if the testator has the opportunity) a standard will can be executed, revoking the holographic will. This is to cater for those territories where a handwritten will has a limited lifespan.

If you do not add a date and it conflicts with a dated will, the dated will may take precedence. Adding a date can also serve as proof of your mental capacity at the time, especially if you were known to be going about your business in a normal and competent way.

In general, a will that complies with the legal requirements of the territory where the will was made, will be accepted if the testator passes away subsequently in another territory, but as always, there may be exceptions.

Where is a Holographic Will Legal?

Australia, New Zealand, South Africa and Scotland - if there is enough proof that it is indeed the work of the testator

Alberta, Manitoba, New Brunswick, New Foundland and Labarador, Ontario, Quebec and Saskatchewan
British Colombia - if made outside the province
Prince Edward Island - at the discretion of the court

Note: Laws are constantly subject to amendment. Consult with an attorney in your jurisdiction to verify the validity of your holographic will!

Can I Have an International Will? 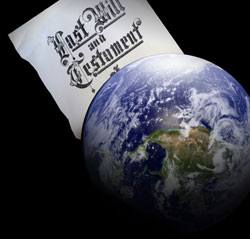 If people own assets in more than one country, or moved to another jurisdiction having previously prepared a will in another territory, there may be conflict between the jurisdictions in how the estate must devolve.

You can have a will that conforms to the rules as set out in the Washington Convention of 1973 regarding international legal wills.

But there's a catch! (You knew it wouldn't be that simple.)

This Conventions sets out the barest minimum requirements to formalize a will, but unfortunately it does not make provision for the content e.g. appointing executors, guardian, disinheritance etc.

Furthermore, only a handful of countries and states are signatories to this Uniform International Wills Act.

The best course of action is to have more than one will where each document deals specifically with the assets and conforms to the legal requirements within each territory.

To ensure your will complies with a foreign jurisdiction, you need to consult with an attorney in that area and the wording must be carefully drafted so one will does not (accidentally) revoke the other, should you have more than one will.

Can a person suffering from dementia execute a will?

How do I provide for my pet in a will?

How does a blind person make a will?

What is meant by "Power of Assumption"?

What does it mean to furnish security or a bond?

Can I refuse an inheritance?

Where should I store my will?

Can I have more than one original copy?

How do I finalise my online accounts?

Can I disinherit a child or spouse?

What can make a will invalid?

Can a person be disqualified from inheriting?

Can another person sign on behalf of a testator?

What is a testamentary trust?

Is a holographic will (handwritten will) legal?

Is an international will legal?

How does contesting a will work? 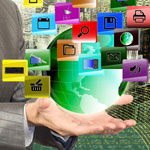 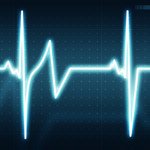