Parental child abduction happens when a parent unlawfully takes a child away from his place of residence, or keeps the child away beyond a stipulated time period.

A parent may well have legal custody of a child but that does not mean the parent may take a child to another country without the consent of the other parent.

The adverse effects of parental child abduction on the child and other family members can be devastating and long lasting! 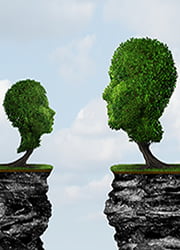 In our article on Legal Guardianship we point out that the rights of a parent include the right to keep in contact with a child. This will obviously be very difficult if a child is taken far away, or across international borders.

Furthermore, and this is a very important part - The parent may not keep (retain) the child beyond the agreed period.

If a custodial parent does have consent from the other parent, but does not return the child to his or her original country of residence on the agreed date, such a parent will be guilty of abduction!

Typical examples would be in the case of divorce (and these numbers are sadly on the increase) where:

It may also occur where an institution has custody of a child or a child is in the care of the State for example foster care, a treatment centre for children with disabilities, a group home etc. and the child is abducted from such a place of safety.

To this end The Hague Convention on the Civil Aspects of International Child Abduction was developed.

The objective is to have children who were abducted returned promptly to their country of habitual residence.

The Hague Convention is only applicable if both countries are member countries and have ratified i.e. officially made it part of their law. As of July 2019 there are 101 states who are party to the convention.

The Convention's prime concern is to restore the custody arrangement that existed before a child was wrongfully removed or kept.


In this context (as described above) the abduction is illegal and even though it may be decided under civil law, it can have serious repercussions on the well-being of the child - physically as well as emotionally.

Children may be concealed, have their appearances and names altered, and because the kidnapping adult is trying to evade authorities, the children often do not receive schooling or required medical care lest they be discovered.

On a totally different level:
Child trafficking or kidnapping of a child for the purpose of
exploitation, adoption etc. is considered a serious crime
and not under discussion in this article.

It is therefore understandable why a child travel consent form in some instances will be a requirement at international borders!

It should not be seen as a hassle by parents traveling legitimately with a child, but rather as an extra layer of protection for children who may be illicitly transported across borders.

Child abduction statistics show an increase in abductions by parents or family members, due to the increase in divorces and the ease of traveling across international borders.

A parent who has custody and has a concern that the non-custodial parent may abduct the child, needs to make sure that there is a court order in place addressing who has custody, travel restrictions, obtaining other passports for the child etc.

The custodial parent must be on the lookout for warning signals that the other parent is planning to relocate e.g. selling a house or vehicles, resigning from a job, obtaining medical or school records for the child or has threatened abduction before.

Another warning signal - there may be a change in your child's behavior due to the other parent attempting to alienate your child from you through psychological manipulation. Incidentally, this can be seen as a form of child abuse.

You are strongly advised to consult with an attorney to assist you with putting legal measures in place to prevent child abduction.

Enforcing The Rights of Parents in Child Abductions

A parent who has a child unlawfully abducted to another country needs to find legal recourse as soon as possible!

This is significant because although the Convention is to return a child promptly, if more than a year has passed since the child's relocation, then the passage of time and the fact that the child has settled in his or her surroundings may influence the court's ruling.

The Hague Convention's concern is primarily whether to return a child to the country where a child usually lives. Custody issues should be dealt with in that country.

The Convention stipulates three exceptions to the rule of prompt return i.e. without delay.


Take a look at these additional resources for parents to see who can assist in international parental child abduction cases.